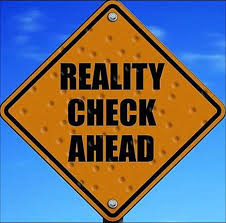 As an editor, several things annoy me about the broad process of preparing a novel for release into what is now a massive self-publishing market. Over the last few years the market has expanded into something that caught the Traditional world by the pants, and has, to a large extent, left it scarpering to catch up, hunting out successful Indies in the hope they’ll come aboard and share some of the goodies.

We all want a share of those goodies – there’s nothing wrong with that – but writers have to be realistic about expectations. Thankfully most are, but there are quite a few who still believe that everything will happen without putting in the necessary graft, and that professionals such as editors, cover designers, and formatters, will jump to at the proverbial click of those fingers.

From experience, I believe it’s incumbent on a writer to sharpen the tools he or she uses to bring their story to that magic ready-to-go state where it will have been worked through several drafts, critiqued by peers, read by a solid team of Betas, edited professionally, then proofed to the nth to ensure it’s wearing its best suit of clothes before stepping off the plank into the big bad world of publishing.

If you’ve read King’s ‘On Writing’, you’ll remember how he advised writers to hone up on their craft by reading the best and worst, by going to classes and studying to educate themselves about all aspects of the game, and by generally adopting a professional awareness that will help keep you on top of your game.

Part of this is being realistic. As a writer, you can’t expect to release your novel in September if you only approach an editor in August. Any editor worth their salt will balk at the suggestion that a full edit (not a ‘proofread’) of an 80K word manuscript will be completed in anything less than ten days, let alone a week! It will also take a week or more, depending on how dense the editing is, for the writer to apply said edits. In many cases, the writer is a tad shell-shocked at the mass of red and often needs time to come to terms with the reality that so much work was required in the first place. In any case, most editors are booked up in the short-term so wouldn’t be available to leap into such a job.

The higher the quality of the ms, the less work the editor has to do. This is why it’s so important not to send your completed first or second draft away to be edited. The early work needs to be read and critiqued by readers and writers experienced in the genre. When you ponder their feedback and apply worthy suggestions, you tackle the consequences brought about by these changes, which may see serious rewriting and development. And if you have a high literacy level, you’ll be able to give a solid bash at self-editing and proofreading before sending it off to be professionally line-edited.

If you send your work to an editor and all you get is something that resembles a proofing, then you are being hoodwinked. That’s my opinion. I’m not going to go into detail, but an edit must involve all elements of the manuscript, not just punctuation and spelling – that’s the job of a copy editor, which is basically done when everything from beginning to end is deemed to be working – the job of a line-editor.

So, writers of the world, please take that reality check well before you’ve finished your early drafts. Hook up with writer friends or crit buddies for that Beta-Reading cycle. Do your research and decide on your editor, then agree to a workable schedule that will leave you with plenty of time to achieve your objectives. Once your edits are done and dusted you can have your ms proofed, the cover designed, and the big door opened to all your waiting readers who will have been primed by your pre-release marketing campaign.

“What’s a marketing campaign?” I hear you say. I’ll cover that next time. For now, get your work done and schedule a realistic release date.

About the Author: Eamon